The $4.96 million Watts Working Better project was launched in 2014 and involved 13,600 street lights being upgraded to energy efficient alternatives by May 2016.
WWB television campaign
Since installation, this project has already avoided the emission of 26,904 tonnes of CO2-e, and the council partners are very proud that every year they can celebrate another 4,484 tonnes CO2-e NOT emitted by those old inefficient mercury vapour lights.

The Watts Working Better project was unique in that it also delivered important community outcomes through its recycling component, where almost 98.5 per cent of old lights were diverted from landfill for recycling by local social enterprises like Connect GV, that provide people with differing ranges of abilities with the opportunity to gain pre-vocational skills and valuable social connection.

The street light upgrade was completed in a number of stages over several years and involved replacing existing street lights with more energy efficient T5 fluorescent and LED lights. Its success was recognised in 2015 when Watts Working Better received the Victorian Premier’s Sustainability Award in the Built Environment category.

The project will save an estimated $900,000 annually and $21.6 million across partner Councils over the projected 20-year life of the lights. At this time, Watts Working Better was part of a much larger Victorian greenhouse gas attack, with Victorian local government actually coming together to create the world's second largest streetlight changeover and greenhouse mitigation, avoiding a cumulative 1.56 million tonnes of CO2-e. 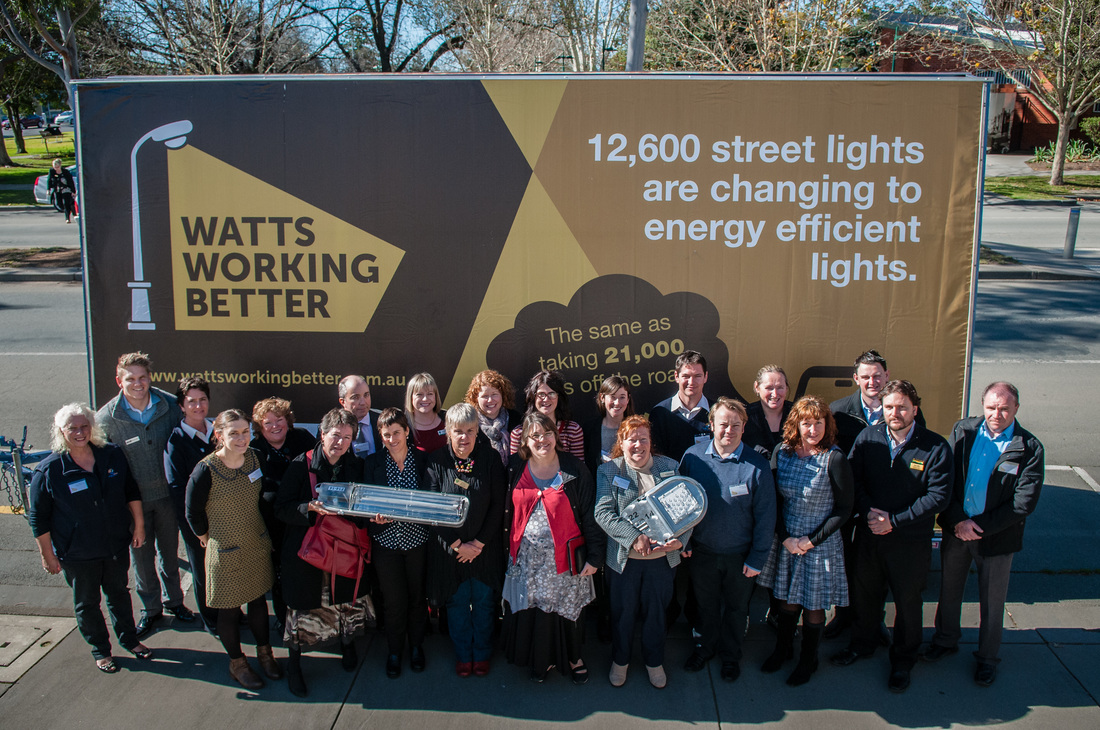